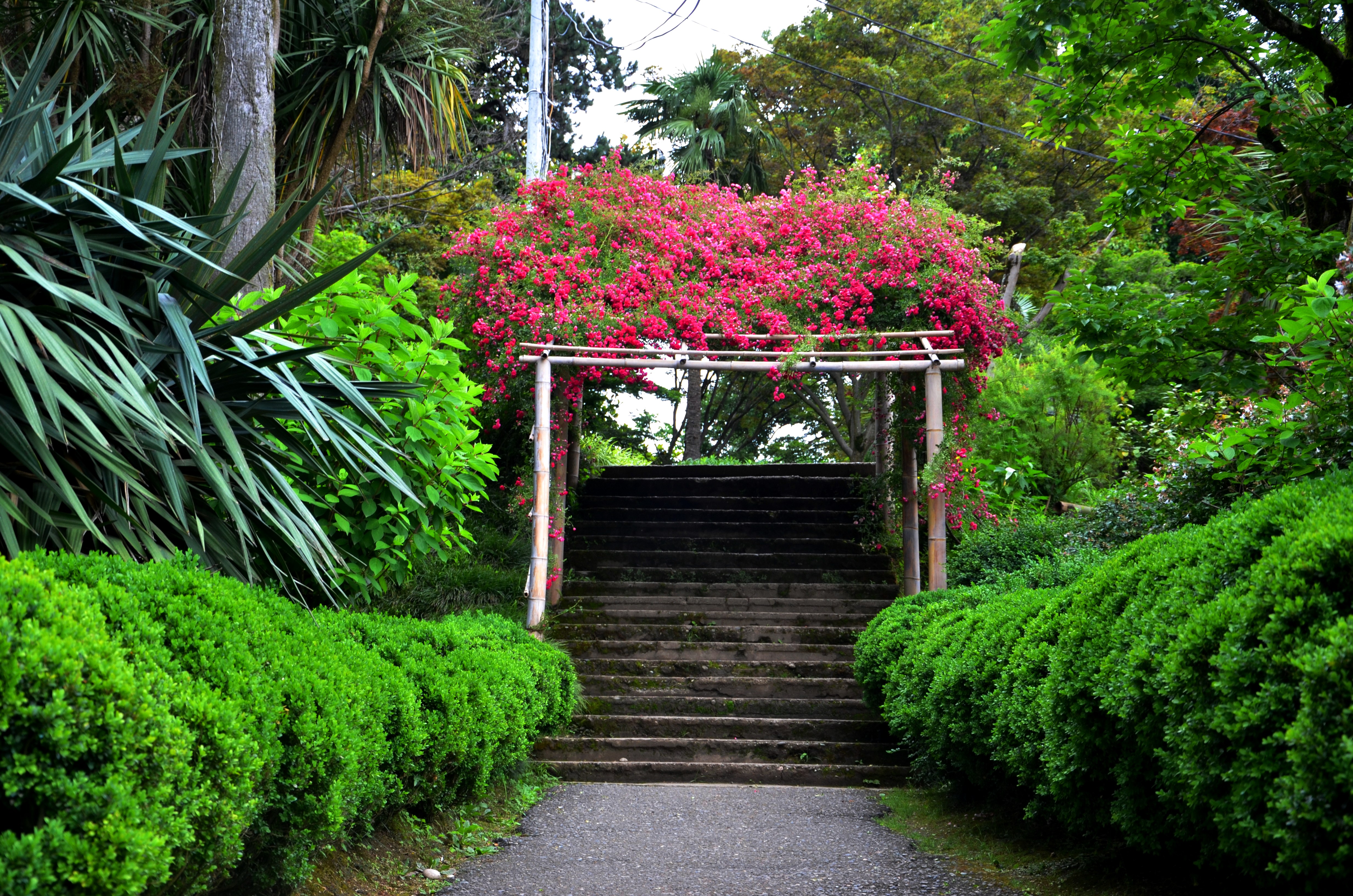 Lower Park starts from the main entrance of the Green Cape of Batumi Botanical Garden. This park was grown by French traveler M.D’Alfons, representing its property since 1981. The cape inserted into the sea was also called by him as “Green Cape”. On this very cape M.D’Alfons grew a park planned in French-Regular style with rare decorative plants subscribed from France: evergreen magnolias, oleanders, palms, cypress, cheddars, and pine-trees (being further introduced in the Garden-Parks of Ajara coastline). This park is also called as “Small Riviera”. M.D’Alfons’ House is still located in this park. This territory was joined to Batumi Botanical Garden in 50s of previous century and occupies 10 hectare area.

With the inventory conducted in 1980-85, 102 ligneous plants are registered in the lower park, whereas with the data of 2011 up to 95 species of ligneous plants are registered. Century-long evergreen lane is decorated with magnificent tees of Magnolia grandiflora, Quercus occidentalis, Araucaria brasiliana, Cordyline australis, Paulownia tomentosa, Eriobotrya japonica and Arbutus andrachne dating back to M.D’Alfonss times. Together with hundred-year-long exotic plants the samples of Tilia caucasica and Carpinus caucasica are met in the Lower Park.

The park is distinguished with Japanese camellias as well as, forming a picturesque view due to various form and coloring in winter.

A decorative basin, located in the vicinity of M.D’Alfons Cottage Residence is decorated with grass compositions with the principles of blooming, evergreen and color gamma during the whole year. This territory is also decorated with beautifully blooming ligneous plants, i.e. Judas Tree, Cercis siliquastrum and Rhododendron indicum, being particularly well perceived at the background of evergreen black-ligneous Acacia and Cypress trees.

Lower Park is one of the crowded sites in the Garden, therefore reconstruction-rehabilitation works are being held for refurbishment of recreational districts. On the highest site of the park panoramic views were arranged on 01-04 - 01-06 sections.