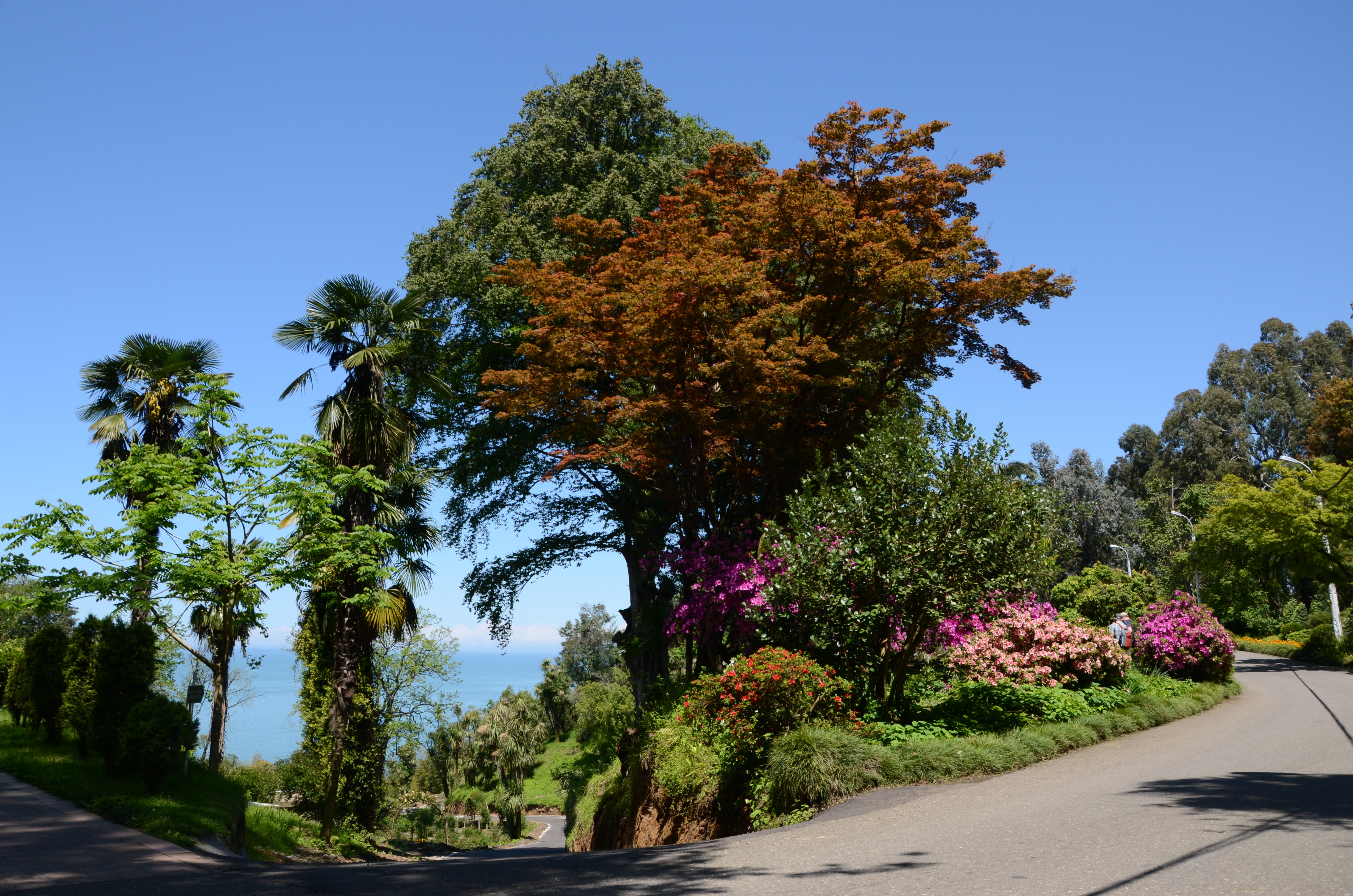 Upper Park is one of the sightseeing of Batumi Botanical Garden. There is a so called Second Cashbox in its highest point. In 1892 the territory of this park was purchased by Geographer-Botanist E.Tatarinov as a cottage residence and formed an “Acclimatization Garden”. Lovers of decorative plants were so charmed by exotic collections planted in this garden that called it as a Botanical Garden. Current Administrative Building of the Garden, i.e. Tatarinov’s Summer Cottage built in 1902 also represents the best sample of that period architecture.

Approximately 11 hectare area is occupied by the Upper Park. According to the inventory conducted during 1980-1985 193 ligneous species are registered in the Garden, whereas with the data of 2011 224 species and 20 Garden forms are registered. This park similar to lower Park is also distinguished by its century-long plants: Araucaria bidwilii, Phoenix canariensis, Eucaliptus viminalis, Cinnamomum glanduliferum, Sequoia sempervirens, Pinus pallasiana, Cunninghamia lanceolata, Cryptomeria japonica, Podocarpus totara, Pitosporum floribunda, Magnolia grandiflora, Taxodium distichum, Pseudotsuga taxifolia, Distilium racemosum, Osmanthus fragrans and others. In summer period this beauty is filled with Hydrangea paniculata, Hydrangea macrophylla and Abelia grandiflora, being distinguished with long blooming period and pleasant odour. The park is also distinguished with the plants blooming in winter, among them Raphiolepis delacouri, Fatsia papirifera, various forms of Camelia japonica. Visitors attentions is drawn to palm tree-like maples and their formations, Laburnum anagiroides, Pieris japonica, Callicarpa dichotoma and many others. On the slopes of the Upper Park soil surgace is covered with Eastern Asian Pueraria lobata and Trachelospermum jasminoides. These plants form a magnificent meadow and protect the soils from washing.

The group of big-size bamboo, i.e. Phyllostachys pubescens is grown in the park. Its height reaches 30 meters, with stem diameter of 12 cm. its growth finishes in 1.5 month, after which it is starting to mature. Young stems of bamboo are rather mild, from which delicious dishes are cooked. After 3-4 year period, it becomes harder, becoming golden in color and can be used for furniture manufacturing as the best materials for producing various decorative creations, fences, steps, bridges, pipes, pavilions, etc.

Upper Park is also distinguished with panoramic views, therefore new verandas and platforms for relaxation were added to existing viewing sites in order to enjoy the views and fortify so called “crawling slopes”. There are two squares in the gardens, one after I.Gordeziani and the second after Catholicos-Patriarch of All Georgia, the Archbishop of Mtskheta-Tbilisi and Metropolitan Bishop of Bichvinta and Tskhum-Abkhazia, His Holiness and Beatitude Ilia II. A magnificent Crest engraved on the stone by O.Darchia is erected there.

Upper Park is made particularly attractive with the parterre made from decorative flowery-grassy plants, where a decorative basin with fish is arranged by S. Hinkul, whereas in the middle part the Osmunda regales is grown. The parterre is attractive throughout the year, with various blooming flowers and many other grassy plants. During winter period, the pearl of the parterre is Magnolia campbelii.

During recent years, majority of exhibitions being held at Batumi Botanical Garden, i.e. Citrus, Exotic Plants and Local Fruit Exhibitions are held in the Upper Park.