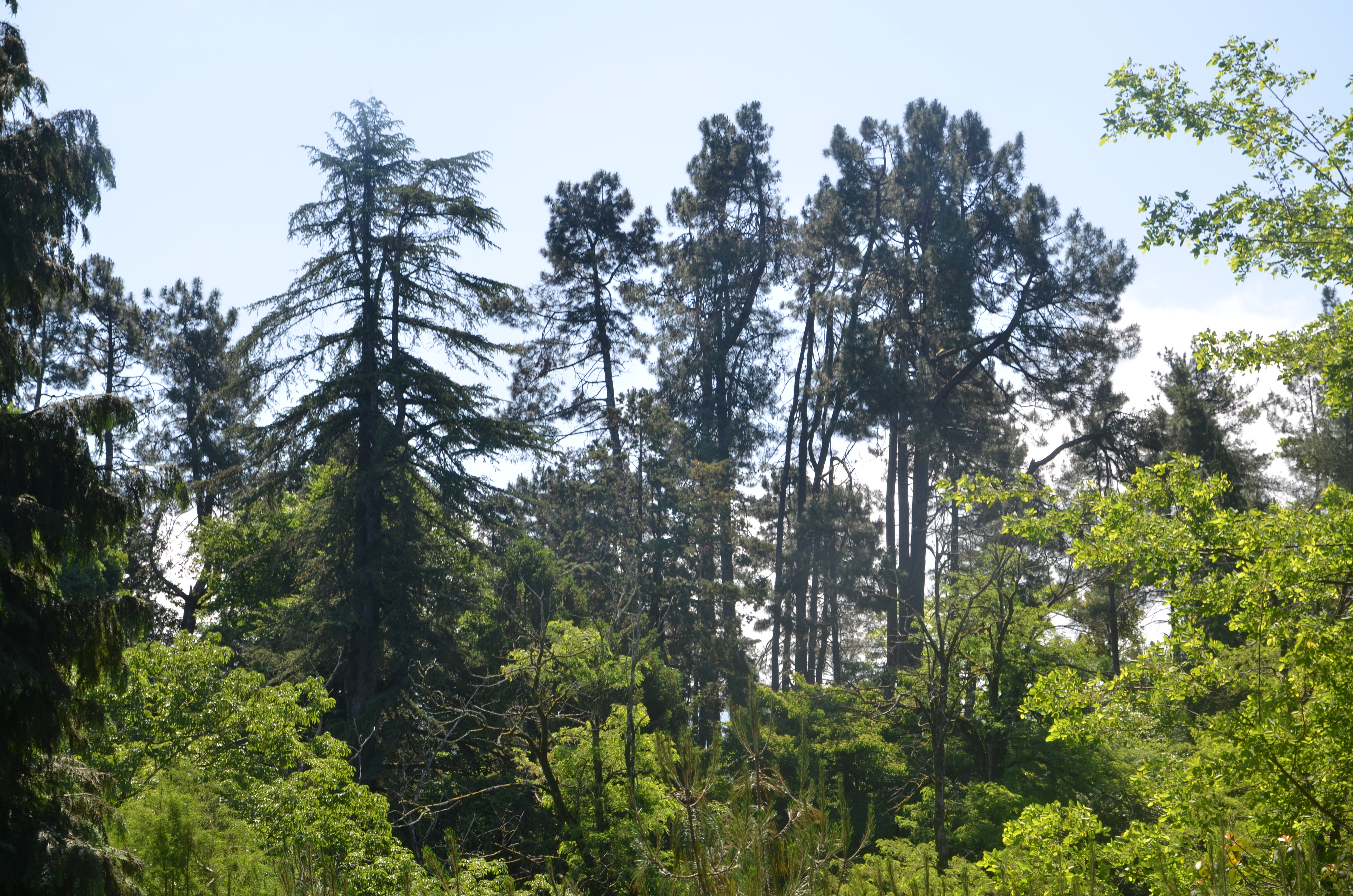 The Himalayan Phytogeographic department is on 1.8 ha area between the coldest and warmest sections of the Garden, on south-eastern and northern-western slopes. At the end of the 19th century and the beginning of the 20th century, a massive introduction of Himalayan plants from Darjeeling, India occurred at the Ajara seaside.

Coniferous plants are remarkable, including: Firs - Abies spectabilis, cedars - Cedrus deodara, cypress - Cupressus caschmeriana, Cupressus torulosa, and pines - Picea morinda, Pinus griffithii, Pinus roxburghii A majority of these are on the “Red List” plants of the International Union for Conservation of Nature (IUCN).

Pinus roxburghii grows up to 400-2000 m high in its homeland in the mountains; it is characterized with solid wood, used in ship construction and contains resins of up to 20% turpentine from which Indian turpentine is produced. The wood is also used in tanning. It grows well in our conditions and produces copious amounts of fertile seeds.

Rhus verniciflua should not be touched because of its toxic features, though high-quality varnish is produced from the wood and treasured in its homeland.

Uncaria rhynchophylla are frequently encountered vines (lianas), and in Himalaya, China and Japan is used medicinally.

Some species of Himalayan origin have adapted to the humid subtropical climate of Ajara seaside for decades, and are now represented as a main feature in many decorative gardens of this area of Georgia (Himalayan cedar, cinnamon, various cornel, Martius’ fan palm, etc).