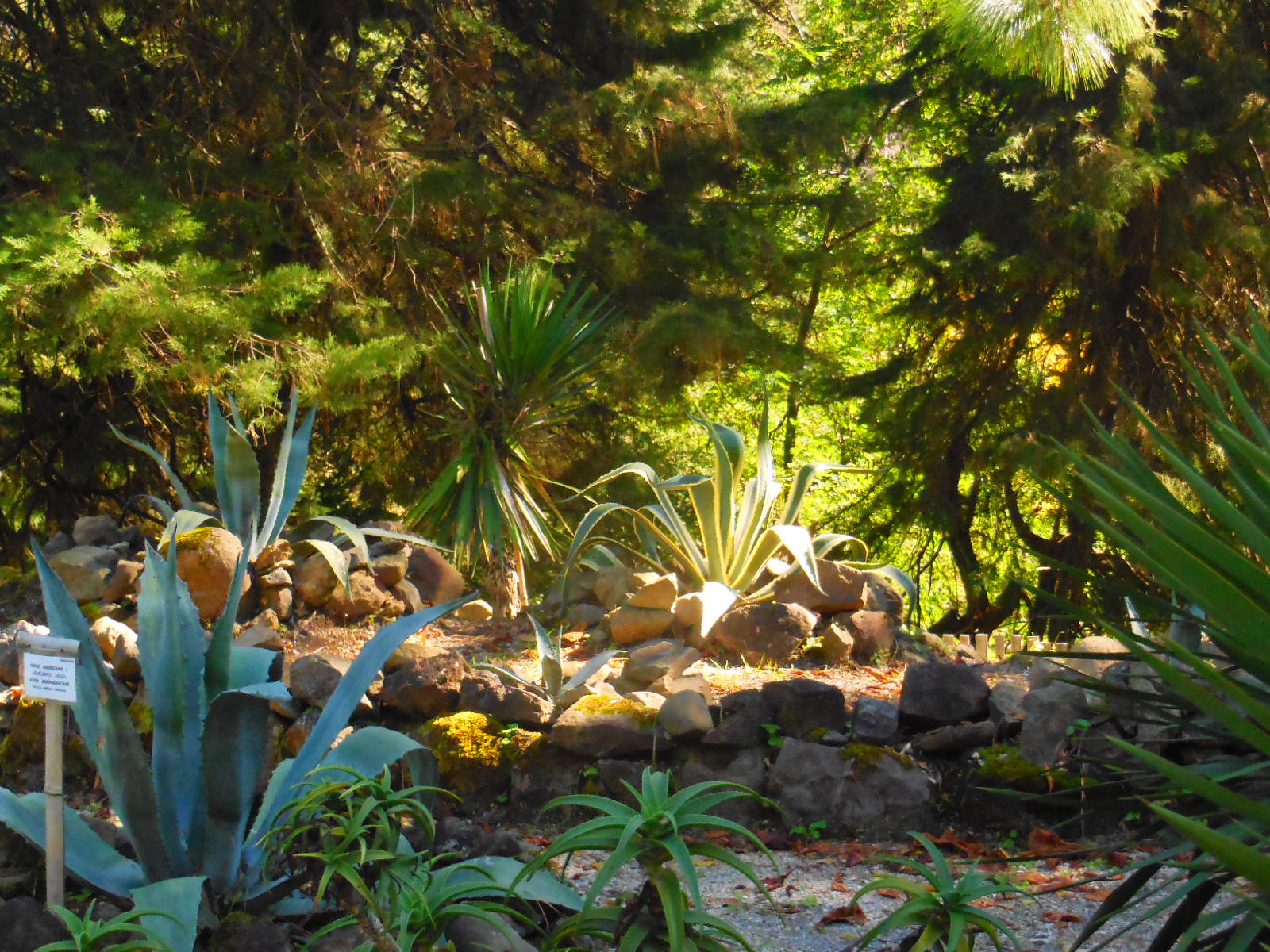 The Mexican department comprises 0.7 ha of the Garden. Mexico is a mountainous country, with complex relief, and is distinguished by the interchange of deserts and humid subtropical forests. It is located in south-western part of the Northern American continent. The Mexican seaside climate conditions are not substantially different than the Batumi seaside but our climate it is radically different than the climate of Mexican dry plateaus.

According to inventory data of 2014, the phytogeographic department of Mexico registers 38 species of 23 genera. Of these, 7 species are included into the International Union for Conservation of Nature (IUCN) “red list” of endangered species: Abies religiosa, Cupressus lusitanica, Cupressus guadalupensis, Pinus Montezumae, Pinus oocarpa, Pinus patula and Taxodium mucronatum.

The succulents of the dry plateaus of Mexico, deserts and semi-deserts are cultivated on the elevated plains of the Garden’s southern slope and a beautiful feature of the phytogeographic department of Mexico.

Accent plantings of agave, yucca, cereus and prickly pears are found on the succulent hill. A combination of stones, sandy stones and shells contribute an essential element in this garden.